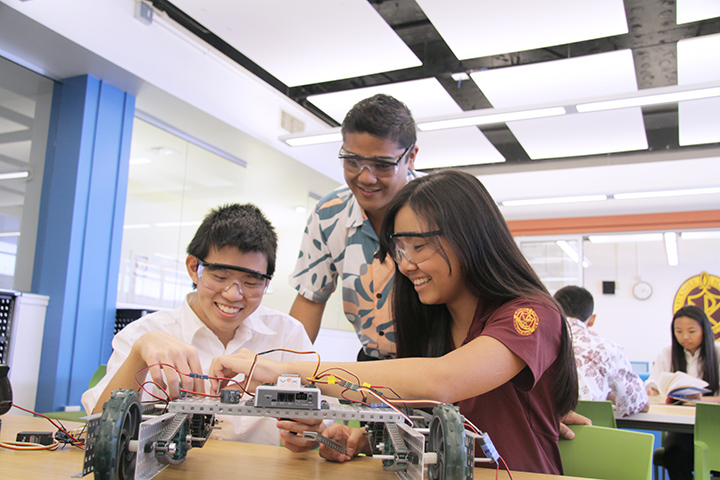 After more than 40 years as an educator with Maryknoll School, Mary Jane Vannatta still loves her job. It’s a testament not only to her campus but also the larger organization that serves parochial schools around the state.

“It has been an awesome experience,” says Vannatta, who was named the 2020-21 Hawai‘i Catholic Schools’ Teacher of the Year. “I still learn a lot from everybody, including my colleagues and students. There’s never a year I don’t learn something new.” In four decades, Vannatta has garnered a plethora of knowledge and understanding, and has touched hundreds of lives (including Hawai‘i News Now anchor Stephanie Lum) — and those along her instructional journey have taken notice.

“She reached out to students who struggled and gave them her time, and she reached out to families to make sure they had what they needed. She did what any good Catholic teacher is supposed to do when supporting students – allowing them to grow into responsible citizens, filled with love and compassion; all those things we treasure in our faith,” says Dr. Llewellyn Young, Superintendent of Hawai‘i Catholic Schools. 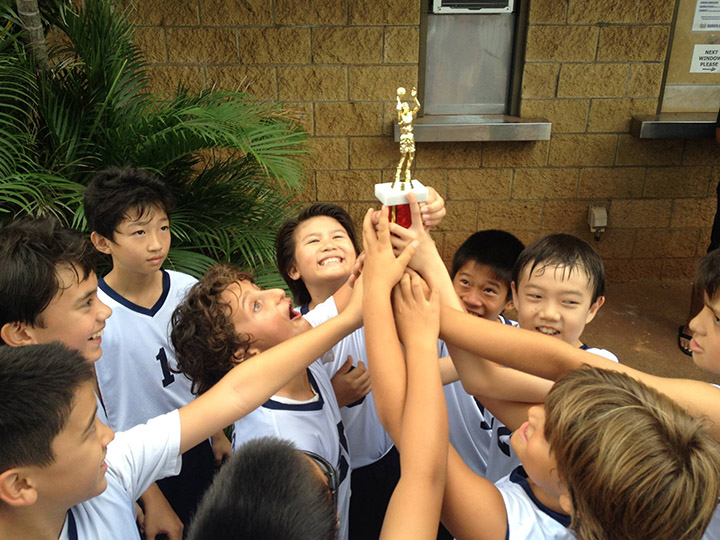 “All the dimensions of a child must be attended to,” adds Young, noting that this five-pronged approach is Hawai‘i Catholic Schools’ foundation of child development. “All Catholic Schools look at a child holistically, not just academically.” In the same comprehensive way, Vannatta was chosen not only for her success in the classroom, but also her academic accomplishments, leadership, service to the school and community, and ability to make a profound difference in the lives of her students, especially in their spiritual lives.

Students under Hawai‘i Catholic Schools’ purview continually score above the national average in every single subject area, and 98% of its teens enroll in college after graduation. In addition, children can choose from an array of award-winning sports and arts programs, allowing their passions outside of scholastics to thrive. 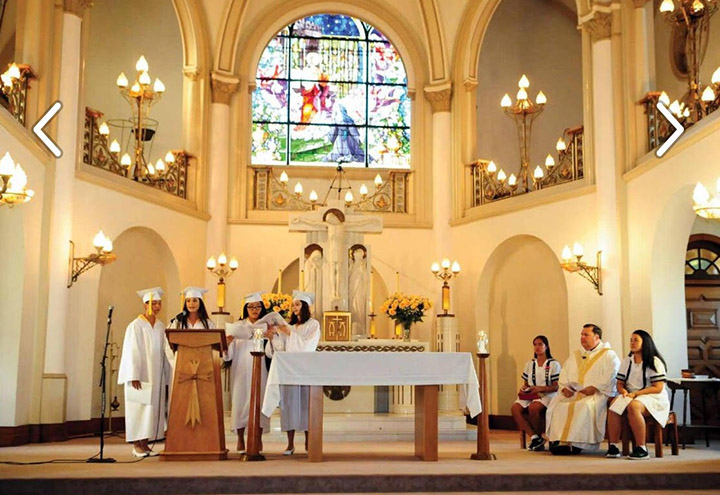 But, like Young and Vannatta reiterate, it’s not only about academics and extracurriculars. “I think everyone has the ability to do well, but doing well doesn’t necessarily mean getting an A in everything,” says Vannatta. “I want my students to be successful, and I challenge them. That’s what makes me a hard teacher. I want them to do well, to think and challenge themselves, to have integrity.”

By educating students to accept challenges, Vannatta and the rest of her Hawai‘i Catholic Schools colleagues give these young minds the tools to adapt to change in healthy, productive ways. Furthermore, turning the state’s next generation of community leaders into go-getters and problem-solvers, especially after the past 18 months, is quite reassuring. So successful were these parochial schools in maintaining high academic standards and student achievement that overall, Hawai‘i Catholic Schools saw significant increases in enrollment late into the 2020-21 school year and into the 2021-22 term. Each of the nearly 30 campuses was able to balance in-person instruction (starting in August 2020) — taking care to adhere to strict safety guidelines — with online learning a difficult feat not many other private and public schools were able to accomplish. “The Hawai‘i Catholic School system fared incredibly well throughout this pandemic, when others struggled and experienced considerable learning loss,” explains Young. “Many Hawai‘i Catholic Schools conducted worthwhile service projects, virtual field trips and successful virtual fundraisers, providing students with enriching service learning opportunities.”

This is a paid advertisement. The views and opinions expressed in this article are those of the advertiser and do not reflect those of the Hawaii Tribune Herald and Oahu Publications Inc.